What Is The Cost Of Living In New Zealand? 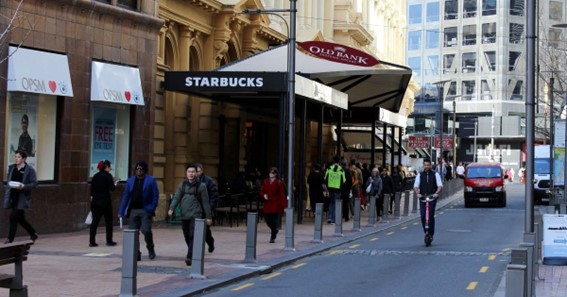 What Is The Cost Of Living In New Zealand?

The cost of living in New Zealand compared to US is high because of the higher housing cost. The actual price of housing can varies widely depending in which region of the country you are living, in and the type of home you want. The median house price in Auckland was $1,290,000 at the close of 2021, compared to Wellington’s $1,00,000. Here is the table showing you the approximate rental cost for one and bedroom houses in the different cities in the country.

Other than food, travel, and housing costs expenses are given here in detail.

While seeing the cost of living in New Zealand vs Australia, New Zealand is more expensive than Australia. In New Zealand, depending on your apartment’s size and the providers you choose for each utility can range anywhere from 170 NZD to 370 NZD per month.

In New Zealand, there are multiple Internet providers and all have different rates. So, the average cost of the Internet is $73.

If you are a gym lover, then you can easily join a gym here in New Zealand. Membership fees vary widely depending on your location, the service provided, and your gym of preference, but Consumer New Zealand reports the range of membership fees is between $34 and $285 per month.

The country of New Zealand has a progressive tax system which means that the higher you earn, the higher the tax rate that applies. Taxes range from 10.5% to 39% for personal income.

Is New Zealand Expensive To Live?

Is Australia Or New Zealand Cheaper To Live?

The cost of living in Australia is generally lower than in New Zealand, but it is still high compared to home, with everything from restaurants and groceries to petrol costing more.

What Is The NZ Minimum Wage?

The minimum wage rate in New Zealand is $21.20 per hour. If you have adult employees earning less than minimum wage, you are legally required to pay the minimum wage. When there is a wage rate change, you need to advise the employee of this, and record the change in writing.

Can A Foreigner Buy A House In NZ?

While the answer to the question “Can foreigners buy property in New Zealand?” is yes, you have to keep in mind that the NZ property market is buoyant, which means that houses are very expensive.

Is New Zealand Expensive Or Cheap?

Travel in New Zealand is expensive! A realistic daily budget for New Zealand is 100 euros per person. This does not include flights and is based on average expenses during a trip through New Zealand per campervan. It can always be cheaper or more expensive.

Is It Cheaper To Live In New Zealand Or Australia?

When comparing the cost of living in New Zealand vs Australia, New Zealand is the more affordable country to live in. On average, consumer prices in New Zealand are 3.96% lower than in Australia. Rent and groceries cost 17.70% and 5.92% less. Eating out at a restaurant will also cost less in New Zealand.

What Is The Difference Between Squid And Octopus?

What Is A Dookie?

What Are The Disadvantages Of Hydroelectric?