What Is Eukarya Domain? 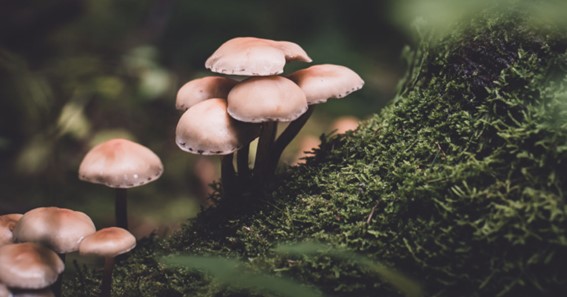 Many among us do not know what is Eukarya domain. It is very easy to distinguish between living and non-living things. Thanks to our scientist! They have classified living organisms into two kingdoms: Animalia and Plantae. But later on, they introduced three more kingdoms into the family. This included Monera, Fungi, and Protista. In my today’s post, we will discuss everything about what is Eukaryota domain. The characteristics and kingdoms under the domain Eukarya are also explained. Below, I have even named three different examples of organisms in the domain Eukarya. You can continue to read to understand what is Eukarya domain in detail.

What Is Eukarya Domain?

Eukarya is a Greek word where “EU” means true and “Karya” means nut. Thus, the domain Eukarya means organisms having a true nucleus. It originated from the first prokaryotic organisms that existed over 1.7 billion years ago.

This domain is the most complex domain in terms of external and internal structures. In fact, it contains all organisms with eukaryotic cells. As humans, we are classified as Eukarya! The cells in our body have a nucleus and membrane-bound organelles.

You can keep on reading to know how many kingdoms are in the domain of Eukarya.

The kingdom Fungi usually consists of heterotrophic organisms. In short, it means the organisms that cannot make their food. These organisms acquire all the essential nutrients by absorption. It consists of organisms such as yeast, mushroom, and mold. However, Fungi break down the organic materials of dead organisms. This helps them to continue the nutrient cycling in ecosystems.

The next kingdom is the kingdom Animalia. It is a Latin word that means have breath. This kingdom is comprised of heterotrophic organisms. Generally, these organisms obtain their nutrient requirements by ingesting organisms. Domain Eukarya’s kingdom Animalia consists of animals like fishes, amphibians, reptiles, birds, mammals, and insects. Most of these members are capable of movement and reproduction.

The kingdom Plantae is also known as the Kingdom Metaphyta. This kingdom consists of all multicellular, eukaryotic, and photosynthetic organisms. Being photosynthetic, these organisms can make their food using the energy from the sun. Some members can synthesize food and metabolize it from other sources also. Therefore, without the kingdom Plantae, heterotrophic organisms can never survive!

The kingdom Chromolveolata is the kingdom that consists of dinoflagellates, diatoms, and ciliates. It is found that the members of this kingdom originated from a bikont and a red alga. Bikont is a cell with two flagella. It was first proposed by Thomas Cavalier in 1981. At present, debates are still going on stating that this kingdom is not monophyletic.

This domain was also proposed by Thomas Cavalier-Smith in 2002. It is widely composed of unicellular Eukaryotes: foraminiferans and radiolarians. The members of this kingdom are amoeboids with pseudopods (false feet). There are a few pieces of evidence showing that rhizarias are a monophyletic group.

The last kingdom in Eukarya is the kingdom Excavata. This kingdom consists of a wide variety of organisms such as photosynthetic, heterotrophic, and parasitic. The name of this kingdom is a composition of two Latin words, “ex and cavatum”. It means cavity. The other members of this kingdom include euglenozoa, kinetoplastids, and parabasalids.

Characteristics Of The Eukarya Domain

In this section, I will tell you about the characteristics of the Eukarya domain.

How Are The Four Kingdoms Within Eukarya Different?

Below, I have given the characteristics of four Eukarya kingdoms. This will help you differentiate from each other.

What Is Domain Eukarya In Biology?

The Domain Eukarya originates from the first prokaryotic organisms that existsed over 1.7 billion years ago. This domain contains all organisms with eukaryotic cells. The organisms in this domain have four main characteristics: Eukaryotic Cells. May be Unicellular, Colonial, or Multicellular.

Eukarya includes eukaryotic organisms. These are organisms with cells that contain a nucleus as well as membrane-bound organelles. The kingdoms most associated with Eukarya are the Plantae, Animalia, and Fungi kingdoms.

What Are The 4 Domains Of Eukarya?

Eukaryotes represent a domain of life, but within this domain there are multiple kingdoms. The most common classification creates four kingdoms in this domain: Protista, Fungi, Plantae, and Animalia.

Why Are Organisms Placed Into The Domain Of Eukarya?

All life can be classified into three domains: Bacteria, Archaea, and Eukarya. Organisms in the domain Eukarya keep their genetic material in a nucleus and include the plants, animals, fungi, and protists.

In my above post, I have explained what is Eukarya domain in Biology. The domain Eukarya includes organisms with cells containing a nucleus and membrane-bound organelles. This domain was introduced billion years ago! The 4 kingdoms of Eukarya examples include Kingdom Plantae, Fungi, Animalia, and Protista. These kingdoms’ cells can be unicellular, colonial, or multicellular. They are divided by mitosis with a variety of cycles of reproduction and recombination. However, these organisms are resistant to traditional antibacterial antibiotics. Without the kingdom Plantae, heterotrophic organisms cannot survive! By reading my above post on what is Eukarya domain, you have learned about these billion years old organisms.

What Are Solar Energy Pros And Cons?

What Is LG IMS Used For?

What Is A Macchiato?